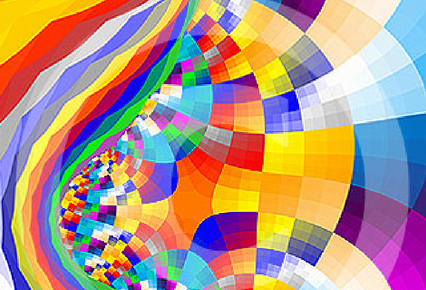 The Grötzsch Theorem states that every triangle-free planar graph G admits a proper 3-coloring, i.e. a coloring of the vertices of G with three colors such that adjacent vertices are assigned distinct colors. However, we may also allow triangles in general planar graphs and still retain 3-colorability. Havel conjectured that a 3-colorable planar graph may contain arbitrarily many triangles as long as they are su ciently far apart. This conjecture was proved by Dvořák, Král', and Thomas. On the other hand, there are 3-colorable planar graphs that may have close triangles (even incident). A result by Dross et al. states that every planar graph obtained as a subgraph of the medial graph of a bipartite plane graph is 3-colorable.

Our Math Research Seminar will not be broadcasted via Zoom this time.

Everyone is welcome and encouraged to attend.

In this talk,  we present an algorithmic framework based on the notion of Bondy and Chvátal closures to deal with the degeneracy of the complement graph,  called co-degeneracy,  as a parameter.  Using such a framework,  we can show that Hamiltonian Path,  Hamiltonian Cycle, and Minimum Path Cover can be solved efficiently on graphs with bounded co-degeneracy.
In addition, we show that Edge Dominating Set can also be solved efficiently on this class of graphs.

Finally, by determining the stability of the property of having a bounded cycle cover and combining our framework with some results of Jansen et al. [WG 2019],  we show an efficient algorithm for Minimum Cycle Cover on graphs with bounded co-degeneracy.

These results show that co-degeneracy is a useful width parameter for handling dense instances of graph problems.

Everyone is welcome and encourage to attend.